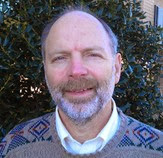 Brian Leonard (Co-owner) - Brian Leonard grew up in the rural upstate of South Carolina and graduated with a B.S. degree in Economics from Clemson in 1979.

After working in the manufacturing industry for a short time as a sales representative, he went to work in the early 80’s in the banking industry. After a three year stint in that profession, he decided that outside sales suited his personality much better. He started in outside sales in the mid 1980’s and eventually became a branch manager of Motion Industries in 2000.

In 1996, he and David Vaughan decided they wanted to have a more active role in their financial future and bought a parcel of land in Greenville, SC. This was their first self storage facility which they built from the ground up.

Brian is owner and broker-in-charge of The TFR Group, LLC as well as a co-owner of RMR Development, LLC (www.rmrdevelopmentllc.com), which is a General Contracting firm located in Greenville, SC, specializing in building and maintaining self storage facilities in the Upstate of South Carolina.

Brian and his wife Rhonda live in Duncan, SC. Brian’s hobbies include a little bit of farming, an occasional hunting and fishing event, and just relaxing at his home. Rhonda’s hobbies are photography and watercolor (www.colorglory.com).
David Vaughan (Co-owner) - David grew up in Mauldin, SC and graduated from the University of South Carolina in 1986 with a double major of Business Administration and Marketing.

He worked with Reliance Electric in inside sales for a short time and then started work with Motion Industries. During his 13 year career there, he and Brian Leonard became business partners in self storage in 1996. This was their first of many self storage properties they have owned over the ensuing years (www.iNeedStorage.biz).

David and his wife, Celeste, have three wonderful children, with ages ranging from Marlee at 9 years old, Trevor at 14 years old, and their oldest, Miranda, at 19. David’s hobbies include cars, traveling, and watching his family hang around their house in Simpsonville, SC. Celeste’s hobbies are photography (www.celestevaughan.com) and traveling.

Dale C. Eisenman is President and Broker in Charge of Midcoast Properties, Inc., and is a licensed real estate broker in North Carolina, South Carolina, and Georgia. In addition to being a professional pilot early in his career, Dale has practiced law, owned and operated several small businesses and has been an active commercial real estate investor for over 20 years. He now specializes in the self-storage industry both as a self storage investor and as a self-storage broker. As a Certified Commercial Investment Member (CCIM), Dale brings a unique level of real world experience, knowledge and negotiation skills to each client relationship. 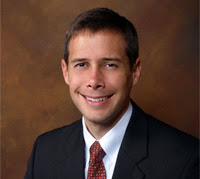